Home A Special Books Red Rover: Inside the Story of Robotic Space Exploration, from Genesis to... 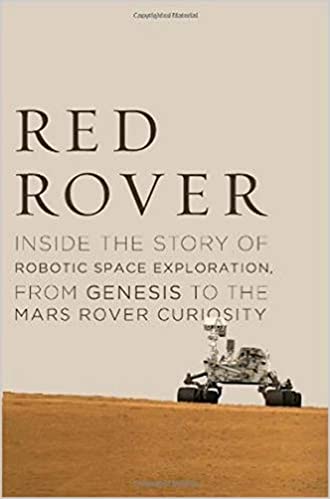 In its eerie likeness to Earth, Mars has long captured our imaginations—both as a destination for humankind and as a possible home to extraterrestrial life. It is our twenty-first-century New World; its explorer’s robots, shipped 350 million miles from Earth to uncover the distant planet’s secrets.

Its most recent scout is Curiosity—a one-ton, Jeep-sized nuclear-powered space laboratory—which is now roving the Martian surface to determine whether the red planet has ever been physically capable of supporting life. In Red Rover, geochemist Roger Wiens, the principal investigator for the ChemCam laser instrument on the rover and veteran of numerous robotic NASA missions, tells the unlikely story of his involvement in sending sophisticated hardware into space, culminating in the Curiosity rover’s amazing journey to Mars.

In so doing, Wiens paints the portrait of one of the most exciting scientific stories of our time: the new era of robotic space exploration. Starting with NASA’s introduction of the Discovery Program in 1992, scrappier, more nimble missions became the order of the day, as manned missions were confined to Earth orbit, and behemoth projects went extinct. This strategic shift presented huge scientific opportunities, but tight budgets meant that success depended more than ever on creative engineering and human ingenuity. Beginning with the Genesis mission that launched his career, Wiens describes the competitive, DIY spirit of these robotic enterprises, from conception to construction, from launch to heart-stopping crashes and smooth landings.

An inspiring account of the real-life challenges of space exploration, Red Rover vividly narrates what goes into answering the question: is there life elsewhere in the universe?