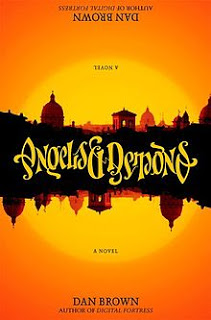 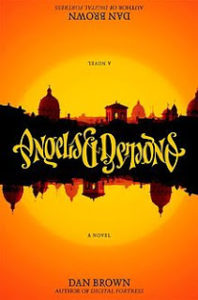 “God answers all prayers, but sometimes his answer is ‘no’.”

“God, grant me strength to accept those things I cannot change.”

“Religion is flawed, but only because man is flawed.”

“Science and religion are not at odds. Science is simply too young to understand.”

Following the murder of a physicist, Father Silvano Bentivoglio, a symbolist, Robert Langdon, and a scientist, Vittoria Vetra, are on an adventure involving a secret brotherhood, the Illuminati. Clues lead them all around the Vatican, including the four altars of science, Earth, Air, Fire and Water.