Astronomy – Principles and Practice 4th Edition by A. Roy, D. Clarke :: Introduction: The etymology of the word ‘Astronomy’ implies that it was the discipline involved in ‘the arranging of the stars’. Today we might say that astronomy is our attempt to study and understand celestial phenomena, part of the never-ending urge to discover order in nature. We do not know who were the first astronomers—what we do know is that the science of astronomy was well advanced in parts of Europe by the middle of the third millennium BC and that the Chinese people had astronomical schools as early as 2000 BC. In all ages, from the burgeoning of man’s intelligence, there have been people fascinated by the heavens and their changing aspect and these people, as far as their cultural

environment has allowed them, have tried to formulate cosmologies. We are no different today. Nowadays, the word ‘Astrophysics’ is also used to describe the study of the celestial bodies. In fact, many astronomers use both terms quite generally and it is not infrequent to find Departments of Astronomy and Astrophysics within educational establishments. The question may well be asked

‘What is the difference between Astronomy and Astrophysics?’ Very loosely, Astronomy might be defined as the subject of the ‘where and when’ related to the description of a celestial body with the why and how’ being covered more by Astrophysics. Rather than trying to provide a hard and fast rule for the terminology, we will simply use Astronomy to cover all aspects of the description of the skies and the Universe.

If our current theories of the Universe are nearer the truth, it is probably not that our intelligence has increased in the past six millennia. It is more likely that the main factor has been the discovery and development of the ‘scientific method’, which has led to our present civilization based on the flood of

technological advantages provided by this method. This has enabled scientists in far greater numbers than ever before to devote their lives to the study of the heavens, assisted by telescopes, computers, space vehicles and a multitude of other equipment. Their attempts to interpret and understand the wealth of new information provided by these new instruments have been aided by allied sciences such as physics, chemistry, geology, mathematics and so on.

We must remember, however, that for more than nine-tenths of the last five thousand years of our study of the heavens, we have had to rely on the unaided eye. The Mediterranean people who set the constellations in the sky, the Babylonians, Egyptians and Greeks, the Arabian astronomers who flourished during the Dark Ages of Post-Roman Europe, the Chinese, the Mayan and other early American astronomers, all built their theories of the Universe on naked eye observations. And so we begin by following in their footsteps and seeing what they saw as they observed over a few minutes (see section 1.2), over a few hours (see section 1.3), over a month (see section 1.4) or over at least a

year (see section 1.5). In this way, we will find it easier to understand why their cosmological theories were formulated in their particular ways. 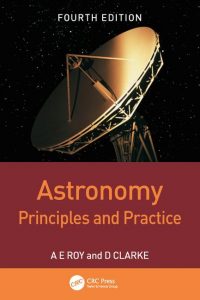 [PDF] Where the Sidewalk Ends by Shel Silverstein