Encyclopedia of Biodiversity – Vol. 1-2-3-4-5 :: Description :: First used in 1980, “biodiversity” often describes the abundance, variety, and genetic constitution of native animals and plants, and has been linked with politics and environmental technology. Although the 1986 National forum on biodiversity brought issues of biodiversity to the fore, the inescapable need to know more about the diversity of life on Earth continues to remain unmet. In recent years, biodiversity has influenced important scientific considerations, international agreements, conventions, conservation initiatives, political debates, and socio-economic implications. Knowledge derived from the study of biodiversity will affect the quality of life enjoyed in the future by influencing decision-making processes and aiding new discoveries. The science of biodiversity has become the science of our future. Our awareness of the loss of biodiversity has brought a long overdue appreciation of the magnitude of our loss and a determination to develop the tools to protect our future. The Encyclopedia of Biodiversity brings together, for the first time, a study of the dimensions of diversity. It examination of the services biodiversity provides, and measures to protect it. Major themes of the work include the evolution of biodiversity, systems for classifying and defining biodiversity, ecological patterns and theories of biodiversity, and an assessment of contemporary patterns and trends in biodiversity. 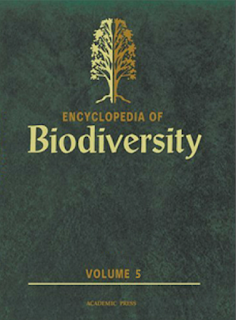