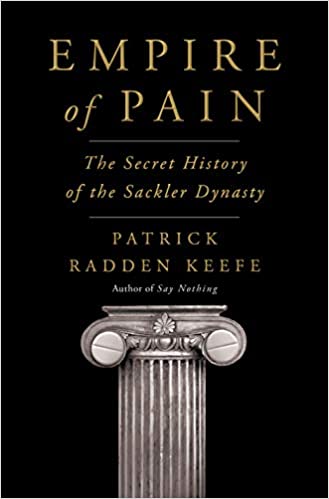 Empire of Pain: The Secret History of the Sackler Dynasty is biography book by Patrick Radden Keefe, published in 2021.

The Sackler name adorns the walls of many storied institutions: Harvard, the Metropolitan Museum of Art, Oxford, the Louvre. They are one of the richest families in the world, known for their lavish donations to the arts and sciences. The source of the family fortune was vague, however, until it emerged that the Sacklers were responsible for making and marketing Oxycontin, a blockbuster painkiller that was a catalyst for the opioid crisis.

Empire of Pain is a masterpiece of narrative reporting and writing, exhaustively documented and ferociously compelling.