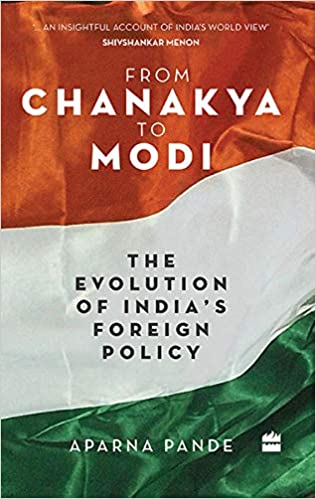 From Chanakya to Modi By Aparna Pande

From Chanakya to Modi: Evolution of India’s Foreign Policy is politics book by Aparna Pande, published in 2017.

Foreign policy of India is as deeply informed by its civilizational heritage as it is by modern ideas about national interest. The two concepts that come and go most frequently in Indian engagement with the world – from Chanakya in the third century bce to Prime Minister Narendra Modi in 2017 – are autonomy and independence in decision making. Aparna Pande’s From Chanakya to Modi explores the deeper civilizational roots of Indian foreign policy in a manner reminiscent of Walter Russel Mead’s seminal Special Providence (2001). It identifies the neural roots of India’s engagement with the world outside.