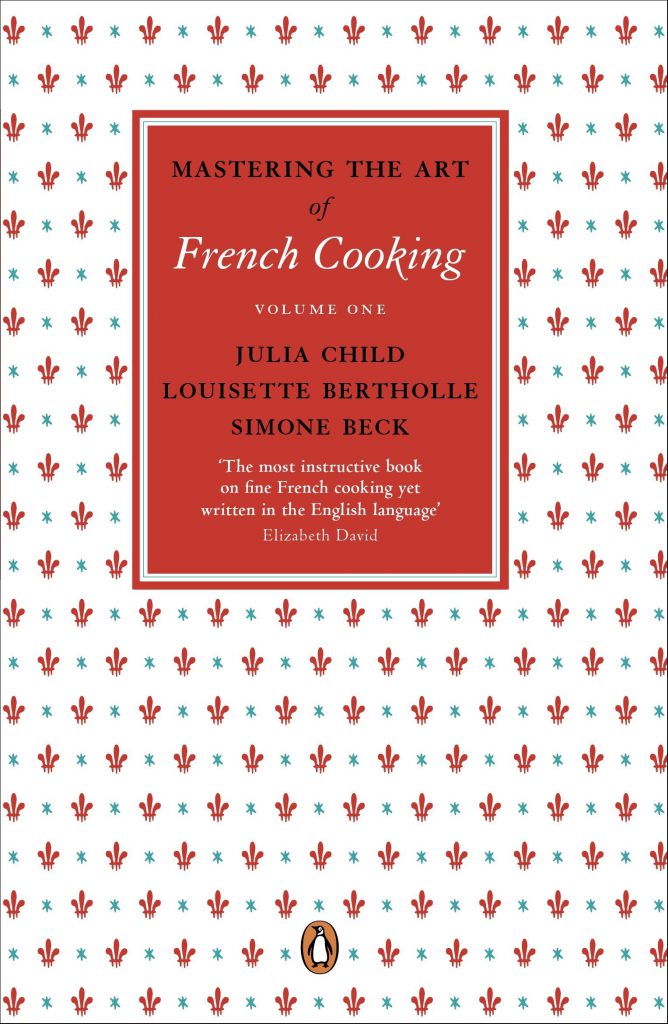 Mastering the Art of French Cooking is a two-volume french cookbook by Julia Child, Louisette Bertholle, Simone Beck, published in 1961.

Mastering the Art of French Cooking has been the definitive book on the topic for American readers. Featuring 524 delicious recipes, in its pages home cooks will find something for everybody, from seasoned experts to beginners who love good food and long to breed the savory delights of French cuisine, from historic Gallic masterpieces to the seemingly artless perfection of a dish of spring-green peas. Here Julia Child, Simone Beck, and Louisette Bertholle break down the classic foods of France into a logical sequence of themes and variations instead of presenting an endless and diffuse catalogue of dishes.