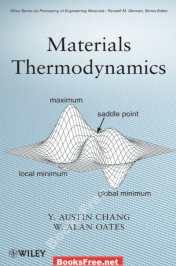 A timely, applications-driven text in thermodynamics

Materials Thermodynamics provides both students and professionals with the in-depth explanation they need to prepare for the real-world application of thermodynamic tools. Based upon an actual graduate course taught by the authors, this class-tested text covers the subject with a broader, more industry-oriented lens than can be found in any other resource available. This modern approach:

This authoritative text is designed for students and professionals in materials science and engineering, particularly those in physical metallurgy, metallic materials, alloy design and processing, corrosion, oxidation, coatings, and high-temperature alloys.

The Handbook of MPEG Applications: Standards in Practice