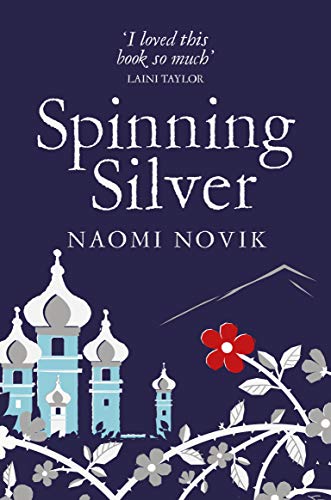 Spinning Silver is a 2018 fantasy novel written by Naomi Novik. Novik originally published a short story called “Spinning Silver” in The Starlit Wood anthology in 2016 and later expanded it into a novel.

Miryem is the daughter and granddaughter of moneylenders, but her father’s too kind-hearted to collect his debts. They face poverty, until Miryem hardens her own heart and takes up his work in their village. Her success creates rumours she can turn silver into gold, which attract the fairy king of winter himself. He sets her an impossible challenge – and if she fails, she’ll die. Yet if she triumphs, it may mean a fate worse than death. And in her desperate efforts to succeed, Miryem unwittingly spins a web which draws in the unhappy daughter of a lord.

Irina’s father schemes to wed her to the tsar – he will pay any price to achieve this goal. However, the dashing tsar is not what he seems. And the secret he hides threatens to consume the lands of mortals and winter alike. Torn between deadly choices, Miryem and Irina embark on a quest that will take them to the limits of sacrifice, power and love.