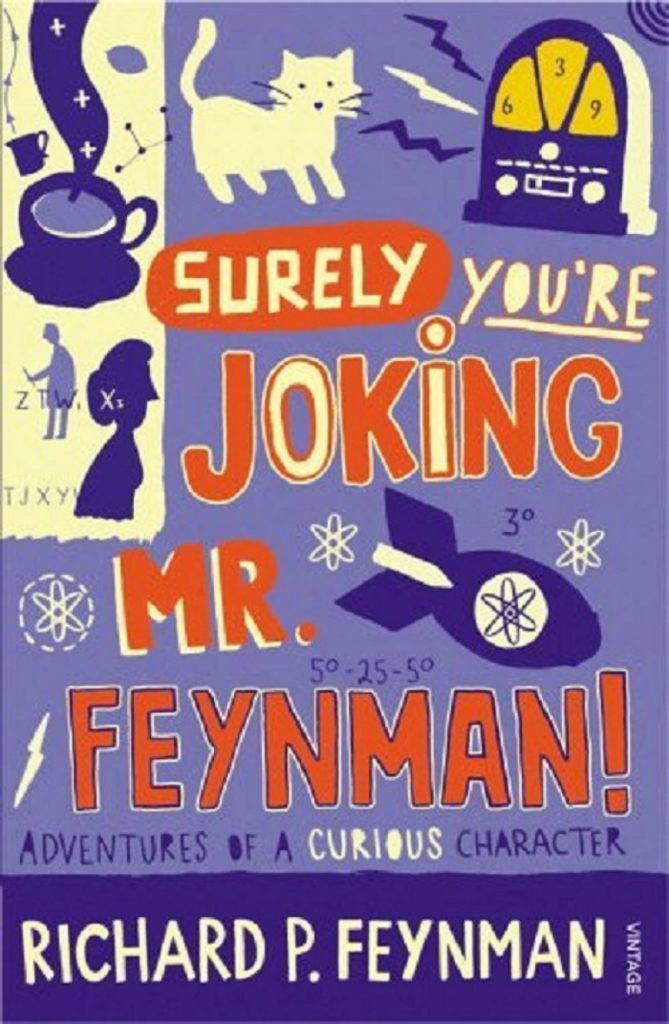 “Surely You’re Joking, Mr. Feynman!”: Adventures of a Curious Character is an edited collection of reminiscences by the Nobel Prize-winning physicist Richard Feynman. The biography book, released in 1985.

Winner of the Nobel Prize for Physics in 1965, Richard Feynman was one of the world’s greatest theoretical physicists, but he was also a man who fell, often jumped, into adventure. An artist, safecracker, practical joker and storyteller, Feynman’s life was a series of combustible combinations made possible by his unique mixture of high intelligence, unquenchable curiosity and eternal scepticism. Over a period of years, Feynman’s conversations with his friend Ralph Leighton were first taped and then set down as they appear here, little changed from their spoken form, giving a wise, funny, passionate and totally honest self-portrait of one of the greatest men of our age.