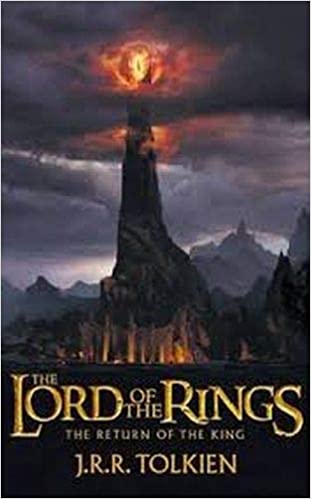 The Lord of the Rings: The Return of the King By J. R. R. Tolkien

The Return of the King is the third and final novel of J. R. R. Tolkien’s The Lord of the Rings, following The Fellowship of the Ring and The Two Towers. It was published in 1955. The story begins in the kingdom of Gondor, which is soon to be attacked by the Dark Lord Sauron.

Concluding the story begun in The Hobbit, this is the final part of Tolkien’s epic masterpiece, The Lord of the Rings. The armies of the Dark Lord Sauron are massing as his evil shadow spreads ever wider. Men, Dwarves, Elves and Ents unite forces to do battle agains the Dark. Meanwhile, Frodo and Sam struggle further into Mordor in their heroic quest to destroy the One Ring. The devastating conclusion of J.R.R. Tolkien’s classic tale of magic and adventure, begun in The Fellowship of the Ring and The Two Towers.

Lord of The Rings, Part 3, The Return of the King PDF