Home Tags The palace of illusions 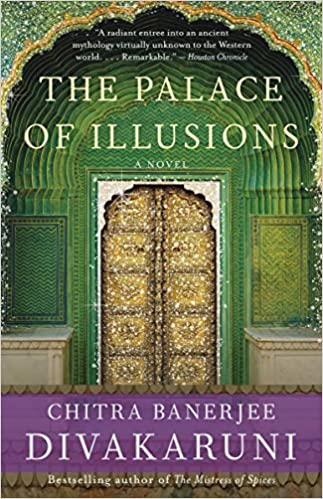 The Palace of Illusions By Chitra Banerjee Divakaruni

The Palace of Illusions: A Novel is a 2008 novel by award-winning novelist and poet Chitra Banerjee Divakaruni. It was released by Doubleday. The novel is a rendition of the Hindu epic Mahabharata as told from Draupadi’s viewpoint, namely, that of a woman living in a patriarchal world.

Taking us back to a time that is half history, half myth and wholly magical, bestselling author Chitra Banerjee Divakaruni gives voice to Panchaali, the fire-born heroine of the Mahabharata, as she weaves a vibrant retelling of an ancient epic saga.

Married to five royal husbands who have been cheated out of their father’s kingdom, Panchaali aids their quest to reclaim their birthright, remaining at their side through years of exile and a terrible civil war. But she cannot deny her complicated friendship with the enigmatic Krishna or her secret attraction to the mysterious man who is her husbands’ most dangerous enemy as she is caught up in the ever-manipulating hands of fate.

The Palace of Illusions: A Novel PDF