Home A Special Books THE ADVENTURES OF SHERLOCK HOLMES 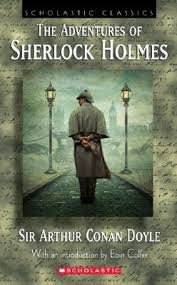