Home A Special Books The Audacity of Hope: Thoughts on Reclaiming the American Dream 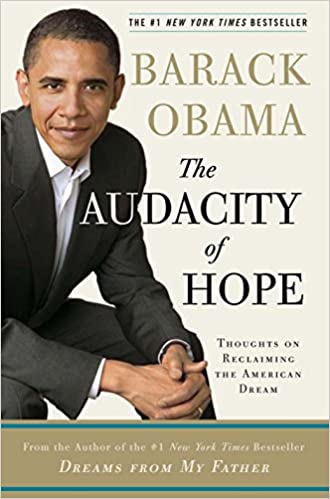 The Audacity of Hope: Thoughts on Reclaiming the American Dream By Barack Obama

The Audacity of Hope: Thoughts on Reclaiming the American Dream is the second book written by then-Senator Barack Obama. It became number one on both the New York Times and Amazon.com bestsellers lists in the fall of 2006 after Obama had been endorsed by Oprah Winfrey.

The Audacity of Hope is Barack Obama’s call for a different brand of politics—a politics for those weary of bitter partisanship and alienated by the “endless clash of armies” we see in Congress and on the campaign trail; a politics rooted in the faith, inclusiveness, and nobility of spirit at the heart of “our improbable experiment in democracy.” He explores those forces—from the fear of losing to the perpetual need to raise money to the power of the media—that can stifle even the best-intentioned politician. He also writes, with surprising intimacy and self-deprecating humor, about settling in as a senator, seeking to balance the demands of public service and family life and his own deepening religious commitment.