The Coming Swarm: DDOS Actions, Hacktivism, and Civil Disobedience on the Internet 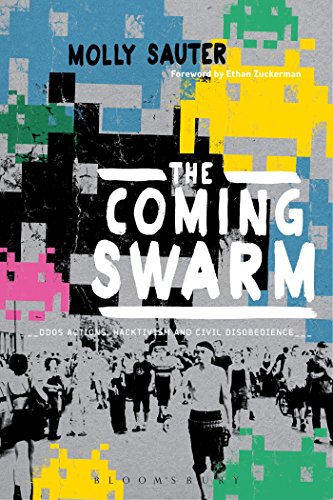 In The Coming Swarm, rising star Molly Sauter examines the history, development, theory, and practice of distributed denial of service actions as a tactic of political activism. The internet is a vital arena for communication, self-expression, and interpersonal organizing. When there is a message, words to get out, or people to unify, many will turn to the internet as a theater for that activity. As familiar and widely accepted activist tools-petitions, fundraisers, mass letter-writing, call-in campaigns, and others-find equivalent practices in the online space, is there also room for the tactics of disruption and civil disobedience that are equally familiar from the realm of street marches, occupations, and sit-ins? With a historically grounded analysis, and a focus on early deployments of activist DDOS as well as modern instances to trace its development over time, The Coming Swarm uses activist DDOS actions as the foundation of a more extensive analysis of the practice of disruptive civil disobedience on the internet.

Content: Foreword / by Ethan Zuckerman —
Introduction: Searching for the digital street —
DDoS and civil disobedience in historical context —
Blockages and blockages: DDoS as direct action —
Which way to the #press channel?: DDoS as media manipulation —
Show me what an activist looks like DDoS as a method of biographical impact —
Identity, anonymity, and responsibility: DDoS and the personal —
LOIC will tear us apart: DDoS tool development and design —
Against the man: state and corporate responses to DDoS actions —
Conclusion: The future of DDoS.

The Coming Swarm: DDOS Actions, Hacktivism, and Civil Disobedience on the Internet PDF

Theory and Practice of Cryptography and Network Security Protocols and Technologies