The Greatest Adventure: A History of Human Space Exploration 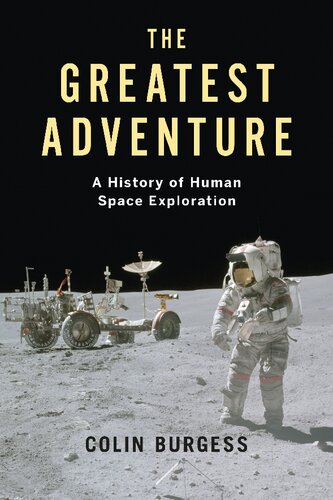 The space race was perhaps the most significant technological contest of the 20th century. It was a thrilling era of innovation, discovery, and exploration as astronauts and cosmonauts were launched on space missions of increasing length, complexity, and danger.
The Greatest Adventure traces the events of this extraordinary period, describing the initial string of Soviet achievements: the first satellite in orbit; the first animal, man, and woman in space; the first spacewalk; as well as the ultimate US victory in the race to land on the moon.
The book then takes the reader on a journey through the following decades of space exploration to the present time, detailing the many successes, tragedies, risks, and rewards of space exploration.

The Greatest Adventure: A History of Human Space Exploration PDF