Home A Special Books The Guardians of the Halahala 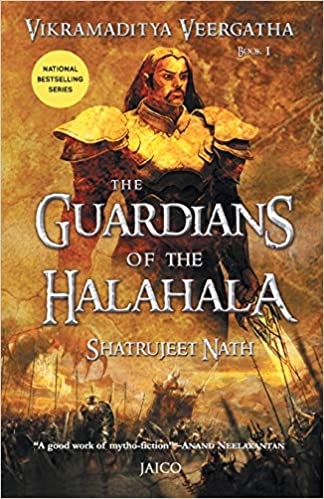 Vikramaditya Veergatha Book 1 – The Guardians of the Halahala is ancient indian mythology book of king vikramaditya by Shatrujeet Nath, published in 2014.

A small portion still remains – a weapon powerful enough to guarantee victory to whoever possesses it. And both asuras and devas, locked in battle for supremacy, will stop at nothing to claim it.

As the forces of Devaloka and Patala, led by Indra and Shukracharya, plot to possess the Halahala, Shiva turns to mankind to guard it from their murderous clutches. It is now up to Samrat Vikramaditya and his Council of Nine to quell the supernatural hordes – and prevent the universe from tumbling into chaos!

A sweeping tale of honour and courage in the face of infinite danger, greed and deceit, the Guardians of the Halahala is a fantastical journey into a time of myth and legend.