Home A Special Books THE IMMORTALS OF MELUHA 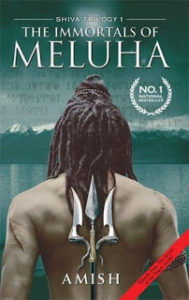