Home A Special Books The Indian in the Cupboard 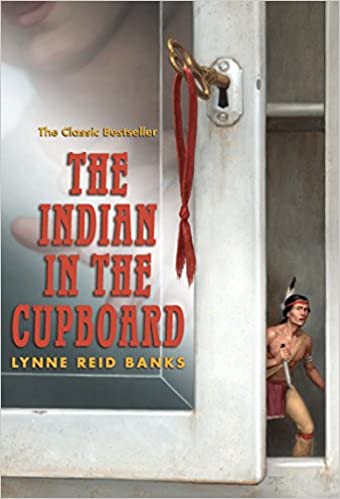 The Indian in the Cupboard By Lynne Reid Banks

The Indian in the Cupboard is a low fantasy children’s novel by the British writer Lynne Reid Banks. It was published in 1980 with illustrations by Robin Jacques and Brock Cole. It was later adapted as a 1995 children’s film of the same name. Later books in the series were illustrated by Piers Sanford.

Full of magic and appealing characters, this classic novel takes readers on a remarkable adventure. It’s Omri’s birthday, but all he gets from his best friend, Patrick, is a little plastic Indian toy. Trying to hide his disappointment, Omri puts the Indian in a metal cupboard and locks the door with a mysterious skeleton key that once belonged to his great-grandmother. Little does Omri know that by turning the key, he will transform his ordinary plastic Indian into a real live man from an altogether different time and place! Omri and the tiny warrior called Little Bear could hardly be more different, yet soon the two forge a very special friendship. Will Omri be able to keep Little Bear without anyone finding out and taking his precious Indian from him?