Home A Special Books The IoT Hacker’s Handbook: A Practical Guide to Hacking the Internet... 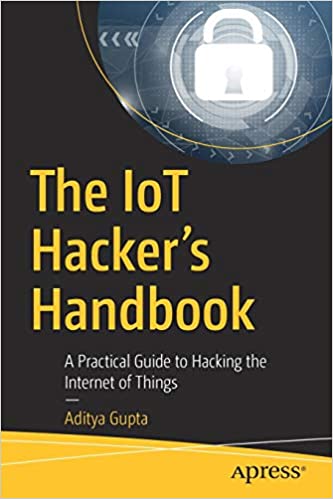 Take a practitioner’s approach in analyzing the Internet of Things (IoT) devices and the security issues facing an IoT architecture.

You’ll review the architecture’s central components, from hardware communication interfaces, such as UART and SPI, to radio protocols, such as BLE or ZigBee. You’ll also learn to assess a device physically by opening it, looking at the PCB, and identifying the chipsets and interfaces. You’ll then use that information to gain entry to the device or to perform other actions, such as dumping encryption keys and firmware.

As the IoT rises to one of the most popular tech trends, manufacturers need to take the necessary steps to secure devices and protect them from attackers. The IoT Hacker’s Handbook breaks down the Internet of Things, exploits it, and reveals how these devices can be built securely.

Who This Book is For
Those interested in learning about IoT security, such as pentesters working in different domains, embedded device developers, or IT people wanting to move to an Internet of Things security role.

The IoT Hacker’s Handbook: A Practical Guide to Hacking the Internet of Things PDF