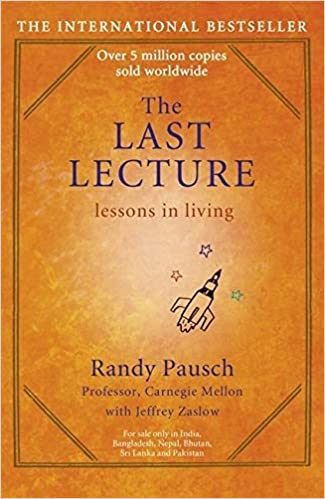 The Last Lecture By Randy Pausch

The Last Lecture is a 2008 New York Times best-selling book co-authored by Randy Pausch a professor of computer science, human-computer interaction, and design at Carnegie Mellon University in Pittsburgh, Pennsylvania and Jeffrey Zaslow of the Wall Street Journal.

In this book, Randy Pausch has combined the humour, inspiration, and intelligence that made his lecture such a phenomenon and given it an indelible form. It is a book that will be shared for generations to come. When Randy Pausch, a computer science professor at Carnegie Mellon, was asked to give such a lecture, he didnt have to imagine it as his last, since he had recently been diagnosed with terminal cancer. But the lecture he gave, Really Achieving Your Childhood Dreams, wasnt about dying. It was about the importance of overcoming obstacles, of enabling the dreams of others, of seizing every moment (because time is all you have and you may find one day that you have less than you think). It was a summation of everything Randy had come to believe. It was about living. You can download from below and buy from amazon if you want.