Home A Special Books The Mystery Of The Blue Train 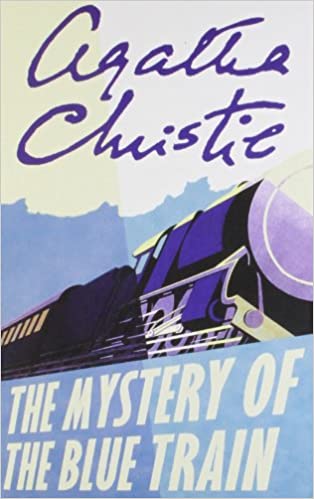 The Mystery Of The Blue Train By Agatha Christie

The Mystery of the Blue Train is a work of detective fiction by Agatha Christie, first published in the United Kingdom by William Collins & Sons on 29 March 1928 and in the United States by Dodd, Mead, and Company later in the same year.

A facsimile first edition hardback of the Poirot book, featuring the favourite Christie mix of trains and international travel.

When the luxurious Blue Train arrives at Nice, a guard attempts to wake serene Ruth Kettering from her slumbers. But she will never wake again – for a heavy blow has killed her, disfiguring her features almost beyond recognition. What is more, her precious rubies are missing.

The prime suspect is Ruth’s estranged husband, Derek. Yet Poirot is not convinced, so he stages an eerie re-enactment of the journey, complete with the murderer on board…

To mark the 80th anniversary of Hercule Poirot’s first appearance, and to celebrate his renewed fortunes as a primetime television star, this title in a collection of facsimile first editions is the perfect way to experience Agatha Christie. Reproducing the original typesetting and format of the first edition from the Christie family’s own archive, this book sports the original cover which has been painstakingly restored to its original glory.