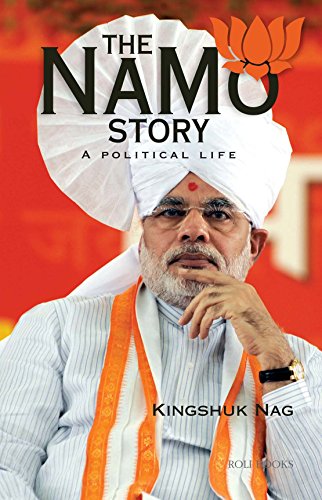 The NaMo Story By Kingshuk Nag

The NaMo Story: A Political Life is Politics book by Kingshuk Nag, published in 2013.

One of the truly enigmatic personalities on the contemporary Indian political canvas, Narendra Damodardas Modi is difficult to ignore. From his humble beginnings as a RSS pracharak to his rise in the Hindutva ranks, and from being Bharatiya Janata Party’s master planner to one of the its most popular and controversial state chief ministers, Modi’s mantra of change and development is gradually finding many takers. Though he evokes vastly different reactions among the citizens for his alleged role during the Godhra aftermath, what is absolutely clear is that he indeed is racing towards the centre stage, making the 2014 General Elections look more like a Presidential system – where, you either vote for him or against him. And that, as they say, is the Modi effect. Kingshuk Nag paints the most vivid portrait of the extraordinary politician who is poised to take on a new role in the coming years.