The Ontology of Spacetime II 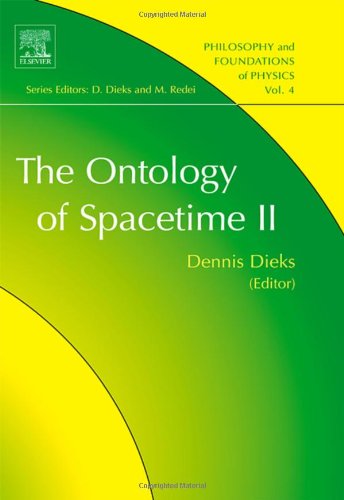 The sixteen papers collected in this volume are expanded and revised versions of talks delivered at the Second International Conference on the Ontology of Spacetime, organized by the International Society for the Advanced Study of Spacetime (John Earman, President) at Concordia University (Montreal) from June 9–11, 2006. Most chapters are devoted to subjects directly related to the ontology of spacetime. The book starts with four papers that discuss the ontological status of spacetime and the processes occurring in it from the point of view that is, first of all, conceptual and philosophical. The focus shifts slightly in the five papers that follow to considerations more directly involving technical concerns from relativity theory. After this, time, becoming, and change take center stage in the following five papers. The book ends with two excursions into relatively uncharted territory: a consideration of the status of Kaluza-Klein theory and an investigation of possible relations between the nature of spacetime and condensed matter physics, respectively. Space and time in present-day physics and philosophy Relatively low level of technicality, easily accessible introduction to the time debates from the ground up, a broad spectrum of approaches, coherently represented.

The Ontology of Spacetime II PDF

Series: Philosophy and Foundations of Physics 4