Home A Special Books The Polygamist by Ndabaningi Sithole 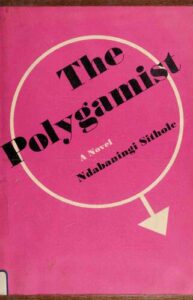 Seven wives share Menzi Dube, head of a Rhodesian tribal village, on a rotating basis. And although they enjoy all the benefits of a rich and progressive husband, they are less than satisfied with having to share him sexually. When one of the tribe’s young wives goes astray, having found the several weeks’ intervals between her husband’s visits unbearable, the other women are most sympathetic. This provokes extensive and spirited debate over their mutual plight as female “victims” of the age-old custom of polygamy.

Tradition is further threatened by the return of Ndanda, Dube’s eldest son, who has been away for many years. Ndanda wears European clothes, as most of Dube’s family has been longing to, has been educated in missionary schools as a teacher, and plans to marry a girl from a Westernized family . . . just one girl. This is the crudest blow of all to his proud and esteemed father. Dube vows to save his son from the certain disaster of a monogamous union, but Ndanda resists, determined to bring his people into the “modern age.”

The relentless clash of old and new values, symbolizing the experience of the entire African nation, is portrayed with great warmth and wisdom in this entertaining tale, which could easily make The Polygamist the focus of many a household debate between man and wife on the vices and virtues of polygamy.