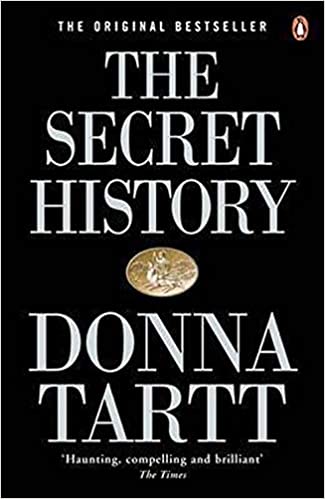 The Secret History By Donna Tartt

The Secret History: From the Pulitzer Prize-winning author of The Goldfinch is the first novel by the American author Donna Tartt, published by Alfred A. Knopf in September 1992.

The Secret History is a murder mystery that goes in the reverse order. In the very first chapter, the narrator Richard Papen confesses that he is partly responsible for the death of his college mate Edmund “Bunny” Corcoran. The author does not give away a lot of details initially, but slowly builds up the mystery. Richard talks about his days at Hampden College in New England, where he was a part of a socially isolated group of Classics students. He introduces the readers to the other members, which include the twins Charles and Camilla, Henry Winter, Francis Abernathy, and Edmund Corcoran. Richard and Bunny find out that in the past Henry had once accidently killed a farmer. After having uncovered the truth, Bunny starts to blackmail the others.

In The Secret History, fearing that Bunny might tell the police of the murder, Henry and the gang decide to kill the boy. This novel looks into the aftermath of a crime. It shows how each individual deals with their psychological strains differently, where one becomes abusive and other starts getting panic attacks.

This novel, packed with elements of guilt, fear, friendship, and remorse, will keep readers hooked on till the last page. The Secret History, published by Penguin UK in 1993, is available in paperback.