Home A Special Books War in Space: The Science and Technology Behind Our Next Theater of... 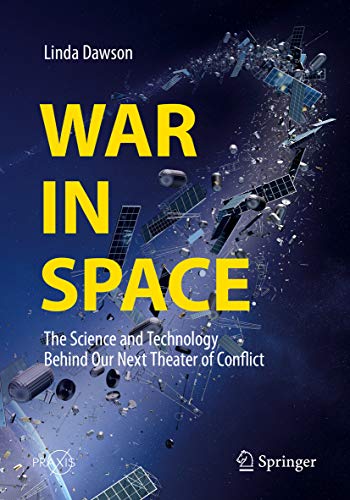 War in Space: The Science and Technology Behind Our Next Theater of Conflict By Linda Dawson

With the recent influx of spaceflight and satellite launches, the region of outer space has become saturated with vital technology used for communication and surveillance and the functioning of business and government. But what would happen if these capabilities were disrupted or even destroyed? How would we react if faced with a full-scale blackout of satellite communications? What can and has happened following the destruction of a satellite?
In the short term, the aftermath would send thousands of fragments orbiting Earth as space debris. In the longer term, the ramifications of such an event on Earth and in space would be alarming, to say the least.
This book takes a look at such crippling scenarios and how countries around the world might respond in their wake. It describes the aggressive actions that nations could take and the technologies that could be leveraged to gain power and control over assets, as well as to initiate war in the theater of outer space.
The ways that a country’s vital capabilities could be disarmed in such a setting are investigated. In addition, the book discusses our past and present political climate, including which countries currently have these abilities and who the aggressive players already are. Finally, it addresses promising research and space technology that could be used to protect us from those interested in destroying the world’s vital systems.