When the Universe Took a U-turn PDF 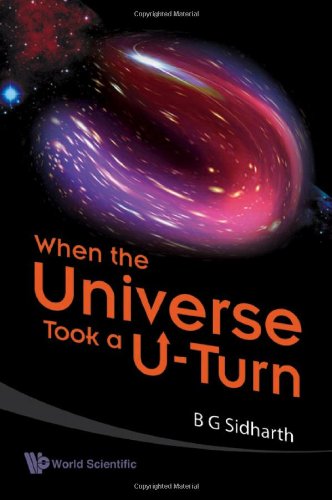 This book addresses some of the baffling questions encountered at the final frontier of space and time related to particle physics and cosmology in the context of recent iconoclastic observations and developments. When particle physics stagnated in the early seventies, a new development emerged: string theory. For the past 25 years, string theory, popularly called the “theory of everything,” has mesmerized scientists and the general public. Yet a closer scrutiny today reveals that it is no more than a mathematical marvel. It has neither predicted anything nor been anywhere near verification. We are essentially where we were in the early seventies.
Another chronic problem that Einstein abandoned was the unified description of his theory of general relativity, which deals with the universe at large, and electromagnetism, which has to do with particles. Such a description is necessary, even if it warrants a radical departure from our time-honored ideas of space and time. A bright spot has now appeared in cosmology. Iconoclastic observations in the past years have shown that the universe is accelerating, driven by a mysterious dark energy. This book takes the lay reader through these uncharted waters and mind-boggling developments on an incredible journey from the ultra-small to the farthest stretch conceivable via such imagination-defying concepts as extra dimensions and multiple universes.

When the Universe Took a U-turn