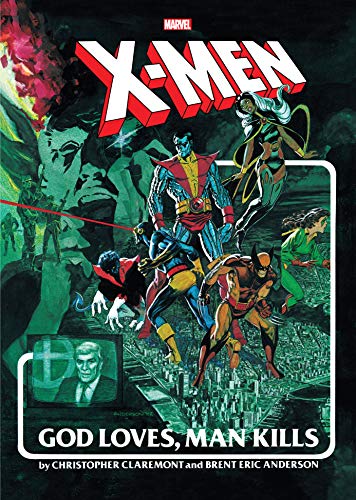 X-Men: God Loves, Man Kills is an original graphic novel published in 1982 by Marvel Comics, starring their popular superhero team the X-Men. It was written by Chris Claremont and illustrated by Brent Anderson.

The Uncanny X-Men. Magneto, master of magnetism. The bitterest of enemies for years. But now they must join forces against a new adversary who threatens them all and the entire world besides…in the name of God. The members of the Stryker Crusade are poised to cleanse the earth, no matter how much blood stains their hands. With Professor X as their enemy and Magneto as their ally, the X-Men undergo an apocalyptic ordeal ordained by a minister gone mad!