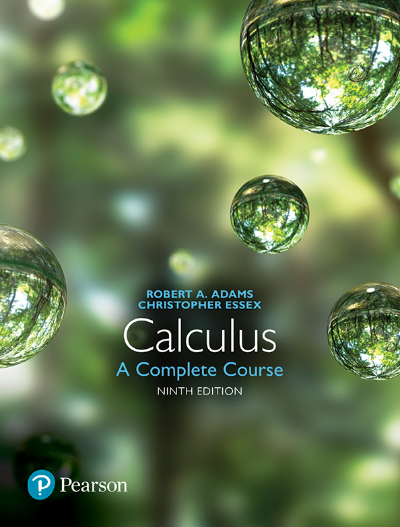 A fashionable curriculum proposition is that students should be given what they need and no more.

It often comes bundled with language like “efficient” and “lean.” Followers are quick to enumerate a number of topics they learned as students, which remained unused in their subsequent lives.

What could they have accomplished, they muse, if they could have back the time lost studying such retrospectively unused topics? But many go further they conflate unused with useless and then advocate that students should, therefore, have lean and efficient curricula, teaching only what students need. It has a convincing ring to it.

Who wants to spend time on courses in “useless studies?” When confronted with this compelling position, and even more compelling reply is to look the protagonist in the eye and ask, “How do you know what students need?” That’s the trick, isn’t it? If you could answer questions like that, you could become rich by making only those lean and efficient investments and bets that make money.

It’s more than that though. Knowledge of the fundamentals, unlike old lottery tickets, retains value. Few forms of human knowledge can beat mathematics in terms of enduring value and raw utility. Mathematics learned that you have not yet used retains value into an uncertain future.

It is thus ironic that the mathematics curriculum is one of the first topics that terms like lean and efficient get applied to.

While there is much to discuss this paradox, it is safe to say that it has little to do with what students actually need. If anything, people need more mathematics than ever as the arcane abstractions of yesteryear become the consumer products of today.

All of this knowledge, seemingly remote from our everyday lives, is actually at the core of the modern world. Without mathematics, you are estranged from it, and everything descends into rumor, superstition, and magic.

The best lesson one can teach students about what to apply themselves to is that the future is uncertain, and it is a gamble how one chooses to spend one’s efforts.

But a sound grounding in mathematics is always a good first option. One of the most common educational regrets of many adults is that they did not spend enough time on mathematics in school, which is quite the opposite of the efficiency regrets of spending too much time on things unused.

A good mathematics textbook cannot be about a contrived minimal necessity. It has to be more than crib notes for a lean and diminished course in what students are deemed to need, only to be tossed away after the final exam.

People mature mathematically. As one does, concepts that seemed incomprehensible eventually become obvious. When that happens, new questions emerge that were previously inconceivable. This text has answers to many of those questions too.

Such a textbook must not only take into account the nature of the current audience, but it must also be open to how well it bridges to other fields and introduces ideas new to the conventional curriculum. In this regard, this textbook is like no other.

Topics not available in any other text are bravely introduced through the thematic concept of gateway applications.

Applications of calculus have always been an important feature of earlier editions of this book. But the agenda of introducing gateway applications was introduced in the 8th edition.

Rather than shrinking to what is merely needed, this 9th edition is still more comprehensive than the 8th edition.

Of course, it remains possible to do a light and minimal treatment of the subject with this book, but the decision as to what that might mean precisely becomes the responsibility of a skilled instructor, and not the result of the limitations of some text.

Correspondingly, a richer treatment is also an option. Flexibility in terms of emphasis, exercises, and projects is made easily possible with a larger span of subject material.

Some of the unique topics naturally addressed in the gateway applications, which may be added or omitted, include Liapunov functions, and Legendre transformations, not to mention exterior calculus.

Exterior calculus is a powerful refinement of the calculus of a century ago, which is often overlooked. This text has a complete chapter on it, written accessibly in classical textbook style rather than as an advanced monograph.

Other gateway applications are easy to cover in passing, but they are too often overlooked in terms of their importance to modern science.

Liapunov functions are often squeezed into advanced books because they are left out of classical curricula, even though they are an easy addition to the discussion of vector fields, where their importance to stability theory and modern biomathematics can be usefully noted.

Legendre transformations, which are so important to modern physics and thermodynamics, are a natural and easy topic to add to the discussion of differentials in more than one variable.

There are rich opportunities that this textbook captures. For example, it is the only mainstream textbook that covers sufficient conditions for maxima and minima in higher dimensions, providing answers to questions that most books gloss over.

None of these are inaccessible. They are rich opportunities missed because many instructors are simply unfamiliar with their importance to other fields.

The 9th edition continues in this tradition. For example, in the existing section on probability, there is a new gateway application added that treats heavy-tailed distributions and their consequences for real-world applications.

The 9th edition, in addition to various corrections and refinements, fills in gaps in the treatment of differential equations from the 8th edition, with entirely new material.

A linear operator approach to understanding differential equations is added. Also added is a refinement of the existing material on the Dirac delta function, and a full treatment of Laplace transforms. In addition, there is an entirely new section on phase plane analysis.

The new phase plane section covers the classical treatment if that is all one wants, but it goes much further for those who want more, now or later. It can set the reader up for dynamical systems in higher dimensions in a unique, lucid, and compact exposition.

Not only can the 9th edition be used to deliver five standard courses of conventional material, but it can also do much more through some of the unique topics and approaches mentioned above, which can be added or overlooked by the instructor without penalty.

There is no other calculus book that deals better with computers and mathematics through Maple, in addition to unique but important applications from information theory to Lévy distributions, and does all of these things fearlessly.

This 9th edition is the first one to be produced in full color, and it continues to aspire to its subtitle: “A Complete Course.” It is like no other.

The fall of rainwater droplets in a forest is frozen in an instant of time. For any small droplet of water, surface tension causes minimum energy to correspond to the minimum surface area.

Thus, small amounts of falling water are enveloped by nearly perfect minimal spheres, which act like lenses that image the forest background.

The forest image is inverted because of the geometry of ray paths of light through a sphere. Close examination reveals that other droplets are also imaged, appearing almost like bubbles in the glass.

Still, closer examination shows that the forest is right-side-up in the droplet images of the other droplets transformation and inverse in one picture. If the droplets were much smaller, simple geometry of ray paths through a sphere would fail, because the wave nature of light would dominate.

Interactions with the spherical droplets are then governed by Maxwell’s equations instead of simple geometry.

Tiny spheres exhibit Mie scattering of light instead, making a large collection of minute droplets, as in a cloud, seem brilliant white on a sunny day.

The story of clouds, waves, rays, inverses, and minima are all contained in this instant of time in a forest.