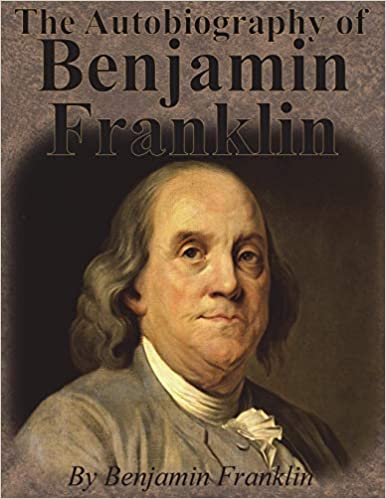 American icon BENJAMIN FRANKLIN (1706-1790), born in Massachusetts to a British immigrant father and colonial mother, published the famous Poor Richards’ Almanack, helped found the University of Pennsylvania, and was the first Postmaster General of the United States. His likeness adorns, among other things, the United States’ hundred-dollar bill. Benjamin Franklin was as wildly intriguing a personality as his legend suggest, and as you’ve always heard, as his autobiography makes plain. From his hoarding of his pay as a teenager to buy books to his askance asides at such habits as the drinking of beer, from his work as a printer to his experiments with electricity, and much more, this is the story of Franklin’s life-told as only he could tell it-in the years before the American Revolution. A classic of autobiography, this is must reading for American-history buffs, and for anyone fascinated by larger-than-life personalities.